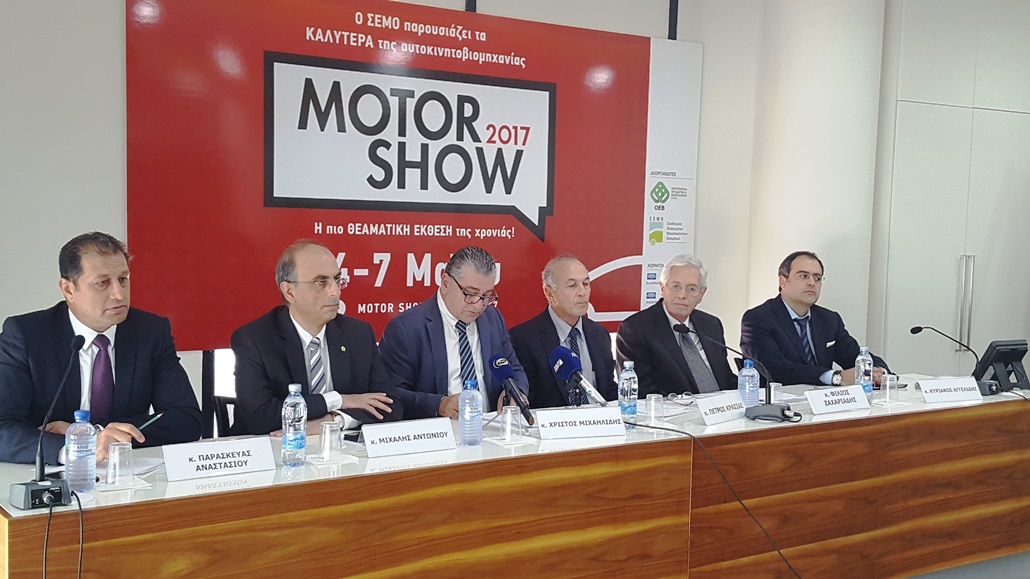 The official announcement of the “MOTOR SHOW 2017” exhibition was presented by the President of the Cyprus Employers and Industrialists Federation (OEB) Mr. Christos Michaelides and the President of the Association of Motor Vehicle Importers (SEMO) Mr. Petros Krassas at a press conference held on Tuesday 25th of  April 2017, at the OEB offices in Nicosia.

The exhibition “MOTOR SHOW 2017” will open its doors after an interruption of five years and is the largest specialized exhibition held in Cyprus. It will be held between May the 4th and May the 7th, 2017, at the exhibition venues of the former State Fair facilities. The exhibition will present models of the global automotive industry and visitors will have the opportunity to see a variety of types of vehicles such as passenger cars, commercial automobiles, as well as specific motorcycle models.

In a statement, Mr. Christos Michaelides, underlined that: “SEMO exhibitors have put in a big effort and have worked extremely professionally, in order to give visitors a complete presentation of their latest models and the high levels of quality and safety that distinguish them”.

Mr. Petros Krassas on the other hand stressed that: “For this year, exhibitors have  major participation, with more than 11,000 square meters of space, and will be promoting the latest car models of the largest and most important car manufacturers in the world”. He also noted that the Cypriot consumers would have the opportunity to evaluate all market options for buying a new, low-consumption vehicle, with a manufacturer’s guarantee and with high road safety standards.