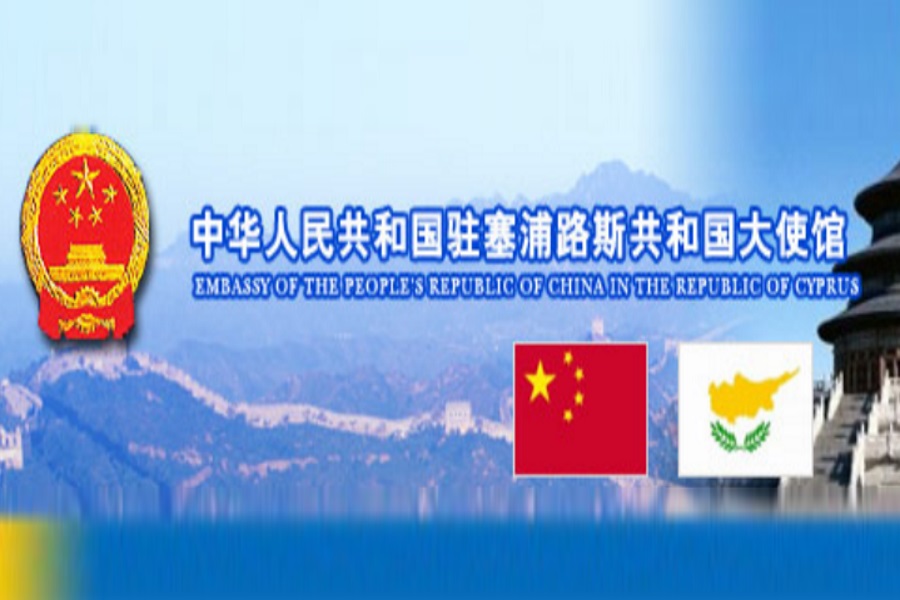 Following the media publicity regarding China’s decision to impose restrictions on overseas investments (including investments on property) by Chinese nationals, the Cyprus Employers & Industrialists Federation (OEB) has sent a letter to the Ambassador of the People’s Republic of China in Cyprus (attached) asking for clarifications.

Thank you for your letter (Ref.578/2017) concerning the recent policy about overseas investment of China.

Firstly, thank you for your kind attention to this matter, and thank you for your consistent support to our embassy over the past few years. As a honorable association in Cyprus, your association not only promotes the economic development in this country, but also have contributed to the flourishing economic and trade relations between China and Cyprus.

Secondly, for this matter, we have noticed some reports of the Cypriot media days ago and would like to explain a little bit.

In response to blind overseas investment by some Chinese enterprises as well as fears and reaction measures of some western countries about the influx of Chinese capital, the Chinese Government promulgated the Guiding Opinions on Further Instructing and Regulating the Direction of Overseas Investment in August this year, which aims to promote the sustained, rational, orderly and healthy development of overseas investment. Among them, the overseas real estate investment is in the restricted category which means that the investment needs the approval of the competent authority which will check the validity, authenticity and compliance of this applied investment.

As China and Cyprus enjoy profound traditional friendship, good bilateral relations and increasingly closer economic and trade cooperation, it is without doubt that China will never put forth a restrictive policy targeting Cyprus only. On the contrary, the Chinese government actively supports more Chinese enterprises to tap the competitive edge of Cyprus, deepen mutually beneficial cooperation, and make best use of Cyprus to explore the EU, Middle East, Russian markets and beyond.

In recent years, we have witnessed a rapid growth of investment from China to Cyprus. Both sides have conducted fruitful cooperation in the fields of energy, telecommunications, shipping, ports, aviation, satellite, banking and tourism, and have shown a positive and stronger momentum for cooperation. China is always ready to continue working with Cypriot friends to carry out mutually beneficial and win-win cooperation in such fields as electricity, science and technology, education, medicine, high-end equipment and infrastructure so as to enrich and diversify our bilateral economic and trade relations.

To this end, if your association have some projects that is possible and willing to share with some Chinese partners, we are more than welcome and ready to do our best for the assistance if need.