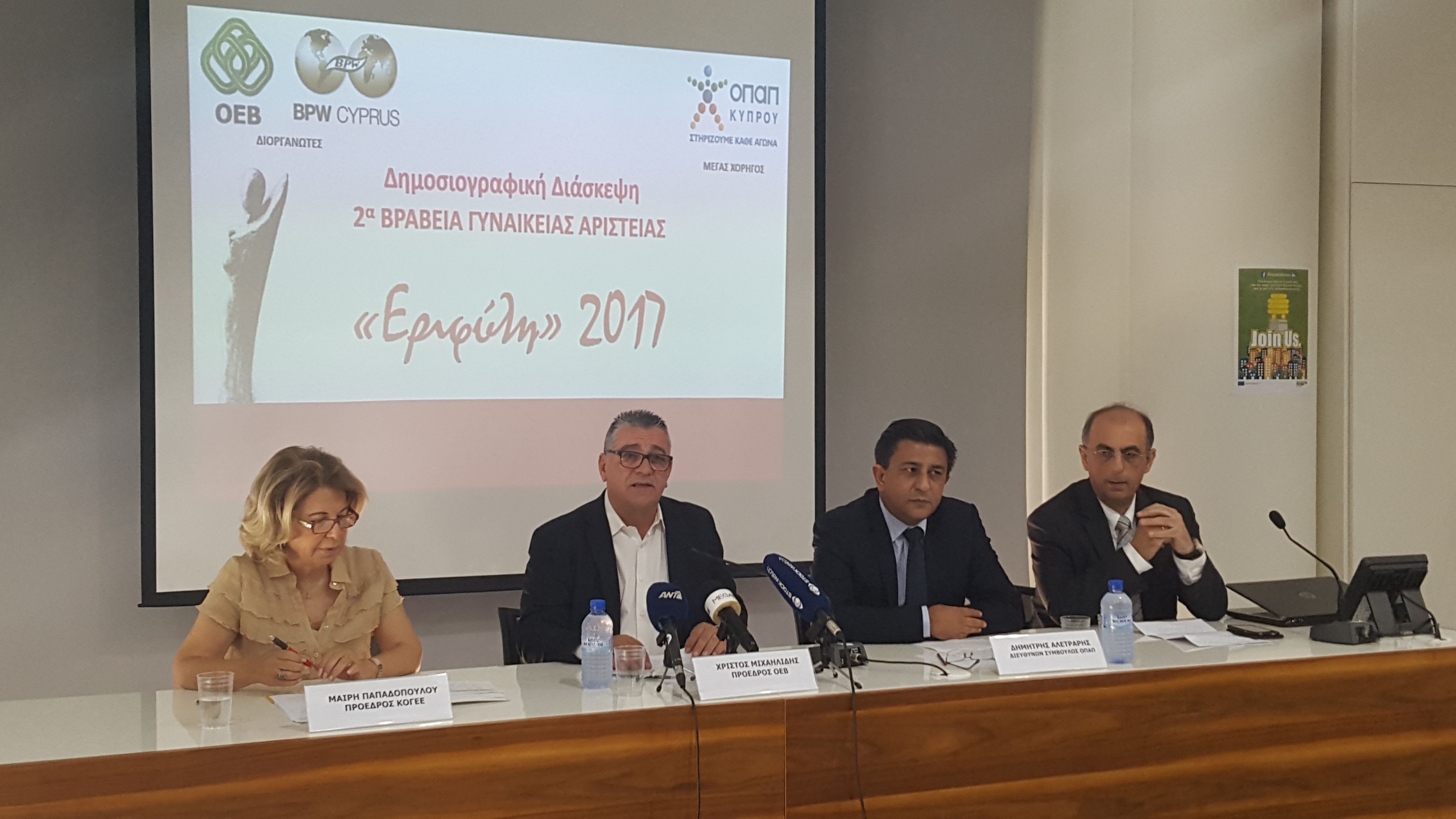 The Cyprus Employers & Industrialists Federation (OEB) and the Cyprus Federation of Business and Professional Women (BPW CYPRUS) announced the 2nd “ERIFILI” Women of Excellence Awards for the year 2017, at a press conference held on Monday 26th of June, 2017. The awards are an initiative of OEB and BPW, which was undertaken last year with the successful holding of the 1st “ERIFILI” awards 2016.

During the press conference, Mr. Christos Michaelides, Chairman of OEB, pointed out that the awards aim to honor the strategic role of women in the development of modern economy, in innovation and entrepreneurship. Ms. Mary Papadopoulou, Chairman of BPW, pointed the importance of highlighting women as role models, through initiatives such as this one.

The following categories of awards will be granted:

All relevant information and nomination forms can be obtained from OEB’s offices or through the websites of the two organizations, www.oeb.org.cy and www.bpwcyprus.org.cy.

Note that the last date for submitting nominations is September 22, 2017. 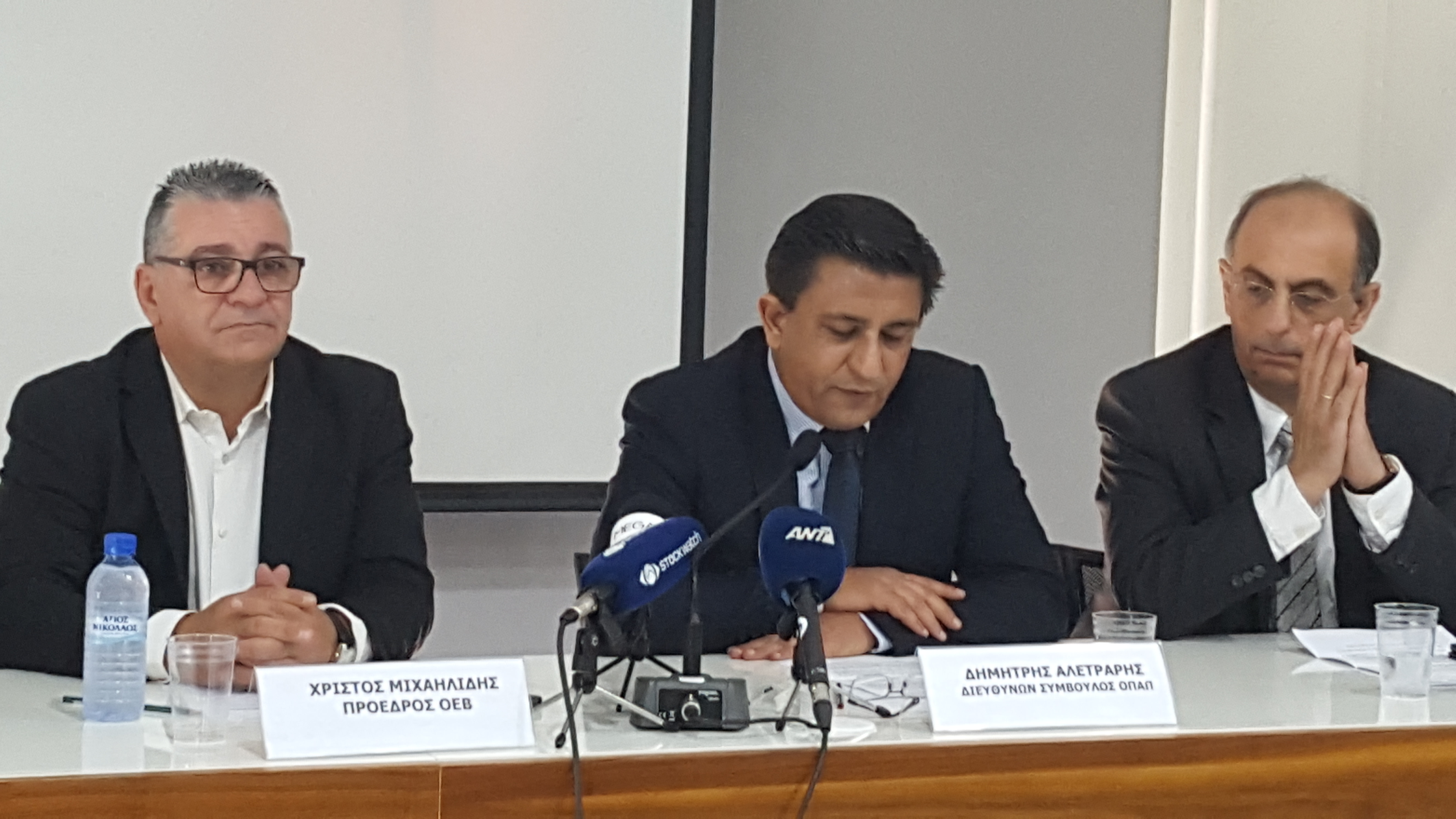 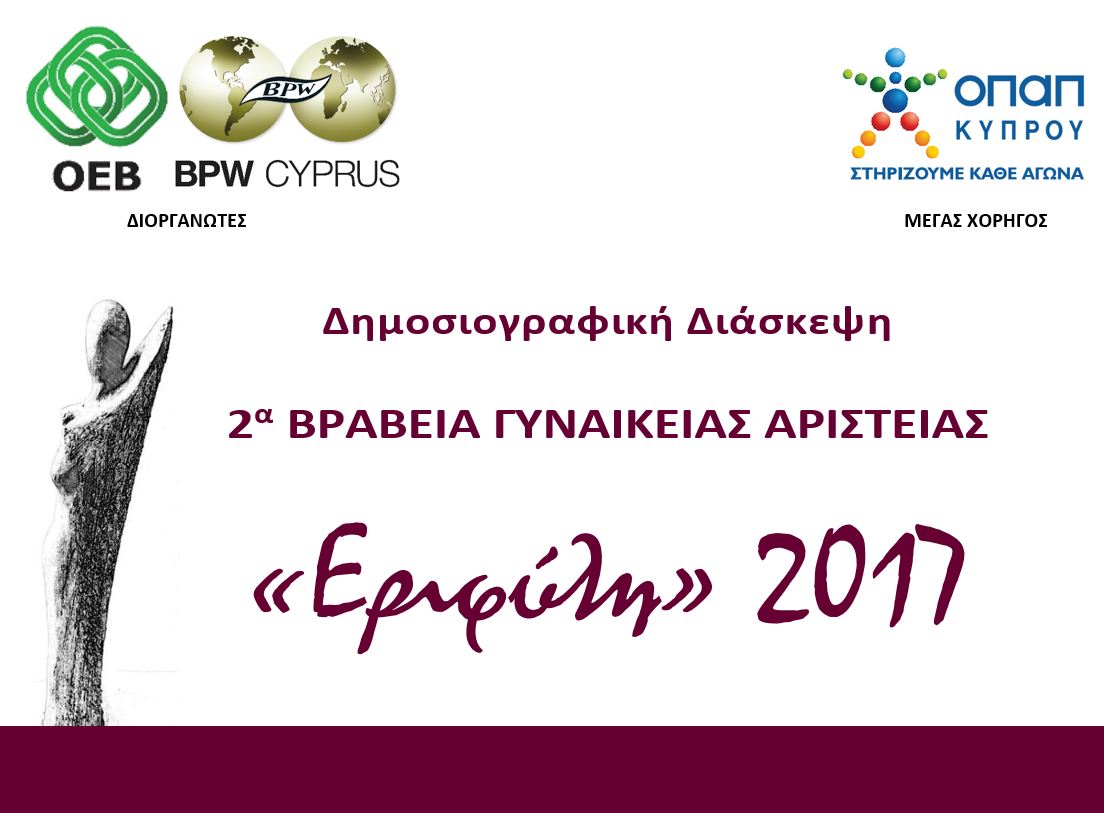